Findify client Johnells is officially the fastest ecommerce website in all of Sweden. 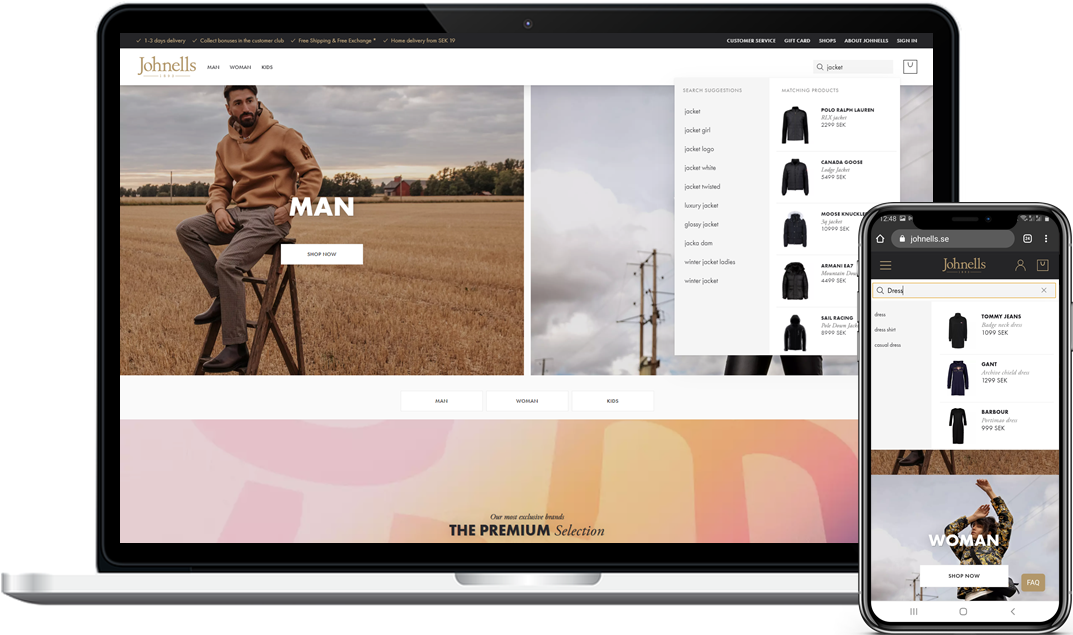 The end result is an impressive store, hosted on the Jetshop platform, which responds at a lightning-fast pace – making for an incredibly smooth shopping experience.

CEO of Hyperlab, Jonatan Svennberg, said the Johnells site is now “considerably faster than all other competitors” (between x3 and x5 times faster, to be exact) and that it was great to be able to utilize Findify to personalize the entire shopper experience for Johnells without sacrificing speed.

This statement has been underlined recently, after analysis revealed Johnells was indeed the fastest site in Sweden.

The ‘Fastest in Sweden’ accolade was bestowed upon Johnells by the ecommerce experts at Improove.

“For over a year, we have been researching website performance, which led to the crawling of 200+ Swedish e-Commerce websites using the Google Lighthouse method and building a list to see who is one of the fastest online retailers,” revealed an Improove spokesperson.

Each site is measured on Start Page, Product Listing Page, and Product Detail Page, and each test point receives an average score for the full month.

CEO of Findify, Philip Nobel, congratulated Johnells, their agency Hyperlab, and their platform Jetshop on the recent ‘Fastest in Sweden’ title.

“I cannot stress this enough – the new Johnells website is absolutely amazing. It’s one of the fastest site’s I’ve ever seen and that, coupled with the Findify integration, has had an immediate impact on store conversion,” he said.

“We are incredibly proud of the work done by our team on this project, and we’re also incredibly proud of the work done by the Hyperlab agency. It’s great to work with partners who are so dedicated, focussed, and talented. It’s a joy to see them do what they do and also to see them receive well-deserved recognition for it. We look forward to their continued success and to supporting all parties – Johnells, Hyperlab, and Jetshop – long into the future.”

For more information on Findify’s powerful ecommerce tool, which includes personalization software and solutions such as Personalized Search, Smart Collections, and Recommendations, book a demo here.

To learn more about Hyperlab, and their ecommerce framework Crown, go to www.hyperlab.se or www.crownframework.com.